In 1984, after completing college, Bruce moved his family back to Libby, Montana and joined Vincent Logging as business manager. Vincent Logging, a small family owned business, was started by Bruce’s father and mother in 1968. Bruce is a third generation logger.

In 1988, Bruce helped form Communities For A Great Northwest, a non-profit education and information group dedicated to the intelligent use of our natural resources. The group had members thoughout the Northwest. The Great Northwest Log Haul, which helped focus national attention on resource supply problems in the Northwest, was the first of many of the group’s activities.

He speaks throughout the United States and the world to groups including resource, recreation, banking and business associations, legislative bodies, university campuses, and anyone else who would like to hear about our rural cultures efforts to provide products for society while protecting the environment we live in and love.

Bruce often provides testimony on resource issues before Congress. He has been reported on by magazines as diverse as Time, Audubon, Outside, Wheat Life, Range, and Tree Farmer and other print media such as The Wall Street Journal, New York Times, and Washington Post.  Bruce has appeared on news magazines such as “60 Minutes” and participated in radio shows, documentary videos and news broadcasts throughout the nation and in several countries including Canada, Iceland, Scotland, Australia. Bruce has appeared on the cover of Evergreen Magazine and was a highlighted “hero” in William Perry Pendley’s book It Takes A Hero.

During Bruce’s career he has been awarded the national Timber Industry Activist of the year, the Montana Timberman of the Year, the Sylvan Award for service to the national timber industry, the Public Service Award from the Association of Consulting Foresters of America, the Women in Agriculture “Keeper of the Tenth” award, received the Agri-Women’s Veritas Award, received the inaugural Presidential Preserve America Award from President and First Lady Bush and is in the Libby Logger High School Hall of Fame.

His recently completed book, “Against The Odds”, highlights his life’s journey and identifies a path forward for rural America.

Bruce holds a Bachelor of Science in Civil Engineering and a Masters in Business Administration from Gonzaga University in Spokane, Washington. Bruce has been married to his wife Patti Jo for 46 years and has four children, two sons-in-law, two daughters-in-law, and 15 grandchildren.

Bruce’s family settled in Montana in 1904. His current activities represent a family commitment to responsible environmentalism.

“It is time for change – and change will be our friend. America is ready for a new vision of conservation and environmental stewardship that is based upon hope instead of fear. In order to share this vision we must first reintroduce the American consumer to the processes and the people of production and then lead – not just fight – the discussion over our environment. Those who work at the ground level in implementing society’s framework for protecting the environment are positioned at the leading edge of the changes and challenges of this discussion. That edge provides exciting opportunities and hope.”

BRUCE VINCENT
“With Vision, There is Hope”

What Others Have to Say:

“I have listened to Bruce several times.  Each time, I want to be better and do more to help tell the story of agriculture and I am not alone. Each time, Bruce makes a impactful impression with our ag leaders around the table.  He motivates you to be one of the ripples, that together, we
…
tell the story and make a wave for agriculture.”

“Bruce shares an impactful message that participants in all natural resource based industries should hear. Bruce came to know his purpose through the many battles he fought in the timber industry and he taught us how to be more effective in leading in order to protect our industries, communities, and family businesses. The combination of
…
his knowledge, passion, and humor inspired and motivated our audience!”

“Bruce has been an amazingly flexible partner for the Arizona Center for Rural Leadership annually for over 10 years as we work to deliver the highest quality to curriculum to leaders across the state who are working to make a difference in their communities. He has driven to different parts of the state, spoken at
…
different times or days of the week and makes planning easy for me and my team. And most importantly of all, in both his keynote speech and longer workshop; he prompts robust discussion, encourages growth and leaves participants motivated to get involved in simple, practical ways.” 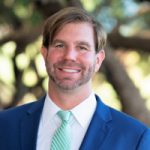 “Bruce’s messages throughout his presentation were very clear, and provided great insight into the eco-conflict industry. Understanding how to deal with these objectives from Bruce’s point of view armed the class with the tools they can use to listen to the needs of folks and educate them on issues they may not be completely familiar
…
with. I LOVED his passion and being able to maintain his conviction for so many years. He is inspiring.”

“Please continue to bring Bruce Vincent back for all future Arizona Center for Rural Leadership students! This man has such a unique way of connecting with his audience that pierces the soul & bring levity at the same time! He teaches without teaching, speaks without speaking. He’s a powerful magnet drawing people to the truth.
…
Truly love him! He’s infectious! Our communities & the US need this info! I am so very grateful for his testimony! This info has changed my life, my understanding & my perspective of leading!”

Won’t Be Able to Top Him

“I cannot tell you how much Bruce touched us here in Kentucky.  He made such an impact on all of us. I am not sure we will ever be able to top him with another speaker.”

The Most Amazing Speaker Ever

“Perhaps the most amazing speaker I have ever witnessed.  If he had been the only speaker at the Conference, it would be worthwhile.”, “Such an excellent view on sustainability – refreshing and relevant to solving and addressing local issues.”

“It was such a wonderful pleasure having you speak to students, staff and friends of the Faculty. The audience was totally engaged with your presentation. Your messages rang true to each and every person there. In the class I had after you left this afternoon, the students were so excited about your positive, empowering message.
…
Their discussions were very focused and forward thinking rather than reactionary and angry, which too often has been the automatic response in past. I hope we are, or almost are, at the tipping point so that with coordinated concerted effort we can get Manitoba agriculture moving into that important leadership role you were talking about.”

“Your presentations were inspiring and I hope that we all put activism in our business plan! Your passion for our legacy and heritage are evident, and have encouraged me to try to share that with as many audiences as I can!”

“As usual, Bruce delivered! He is passionate about what he does and isn’t afraid to show it. That comes through quickly and serves as an instant connection with his audience. But, perhaps, the most impressive, is the journey he takes his audience on along with him. He doesn’t just inform, he inspires. As a speaker,
…
that’s not always easy to do!”

“Connected and resonated well with our audience.  Really made a huge impact and motivated them.”

“Bruce is a powerful spokesman and advocate for educating consumers about agriculture in a truthful and balanced way. We were pleased and honored to present him with the Veritas Award which he has truly earned in all the wonderful work he is doing.”

“Montana logger Bruce Vincent has dedicated his life to finding ways to protect the last best places without destroying the last best people. As more people become active in protecting the environment, he works harder at helping them understand that we are stewards of the environment and of our way of life. What a terrific
…
speaker and a terrific message. A standing ovation of those gathered testified to the impact of his words! “

“An inspired leader with a powerful  message that clearly imparts inspiration to others!  Bruce was a great fit to natural resource seminar, an even better fit to what our rural leadership program is all about!”